secret > Your brain at work

Your brain at work 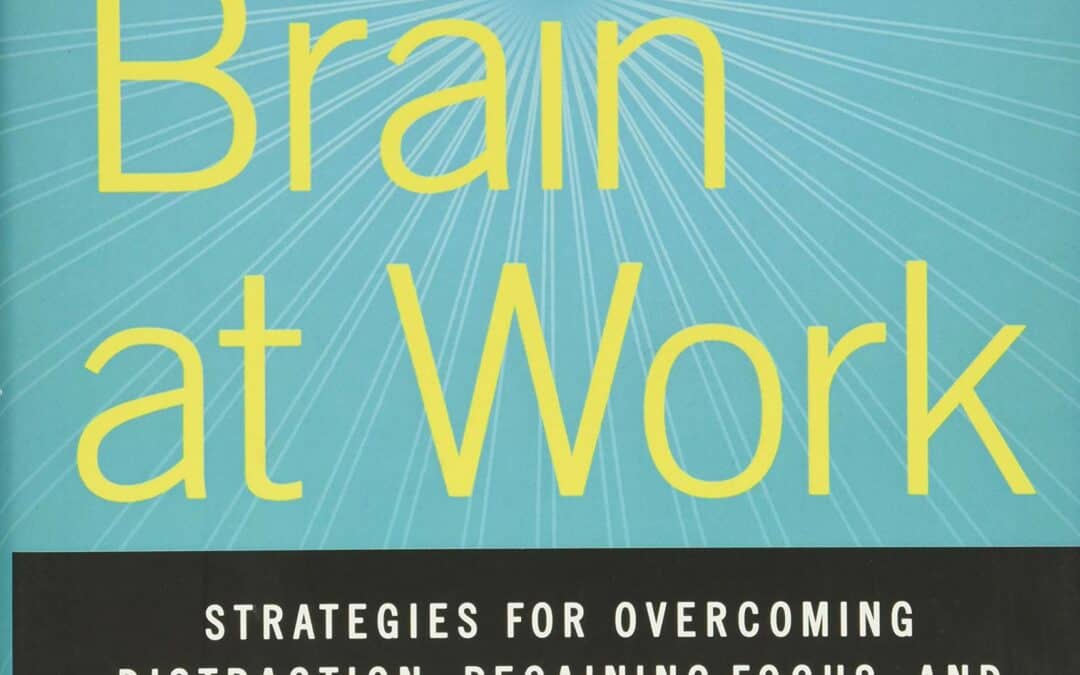 Key concepts of the book
Knowing how our minds work can make us more effective and happier when we work. In particular, it allows us to make more accurate decisions, better focus our attention, manage stress, collaborate with others and promote personal and cultural changes in those around us (as well as, of course, ourselves).

The neuroplasticity of the brain allows us to modify automatic or simply ineffective processes adopted, often unconsciously, to replace them with others more consistent with our functioning and better aligned with our deepest needs.

The two elements needed for a greater mastery of our mental faculties are: knowledge of how we “function” from a neuroscientific perspective, and awareness of how we are functioning in the present moment. Both can be learned by anyone, at any age.

Fear and desire, or, more basically, tension to avoid threats and tension to go towards pleasure, are at the basis of many of our behaviours, affecting our choices, decisions, the effectiveness with which we operate and the ways in which we relate to others without really noticing it. Being more in touch with these two basic emotions, recognizing and welcoming them, allows us to learn not only how to manage them but also how to value them, in us and in others.

Peak mental performance requires a combination of the two -knowing your brain, and being able to observe your brain processes occurring in real time

When the amygdala is aroused it makes “accidental connections”, misinterpreting incoming data

The sense of autonomy is a big driver of reward or threat… employees with a greater sense of autonomy had a higher job satisfaction and overall reduced stress… when you sense you have choices, something that used to feel stressful now feels more manageable… is the “perception” of choice that matters to the brain

It turns out that conscious control over the limbic system is possible, not by suppressing a feeling, but rather by changing the interpretation that creates the feeling in the first place

You can’t learn to do anything new and complex –such as learn to ride the subway in Japan without an interpreter- without your limbic system firing up from uncertainty, and in this state you’re going to make mistakes

Happy people perceive a wider range of data, solve more problems, and come up with more ideas for actions to take in a situation

There are “social needs”, which, if not met, create a sense of threat that can quickly devolve into conflicts between people… feeling of relatedness is a primary reward for the brain, and an absence of relatedness generates a primary threat

Our animal instincts seem to naturally cause us to withdraw and treat others as foes, unless a situation arises that generates oxytocin… Thinking someone is a foe can even make you less smart… you also inhibit yourself from considering his ideas, even if they are right

Along with relatedness and fairness, status is another major driver of social behavior Testosterone levels go up, too. Testosterone helps people focus, makes them feel strong and confident.

The decision to focus on an outcome instead of a problem impacts brain functioning in several ways… focus on solutions generates a toward state, because you desire something. You are seeking, not avoiding. This increases dopamine levels, which is useful for insight.

At the heart of this framework is the idea that is attention itself that changes the brain… all you need to change a culture, whether at home or at work, is focus other people’s attention in new ways long enough

Book Structure & Contents
David Rock’s text has the great merit of being fluent, captivating and engaging (!) while maintaining a strong scientific solidity. This is certainly due to Rock’s style, which is able to make understandable and clear even the “technical” description of the functioning of neurons, and to the structure that he gave to the book as well. The narrative in fact follows the events of a family during a working day, showing how a manager, a freelancer and their children are faced with the need to focus on the tasks at hand, solve problems, make decisions, manage relationships with other stakeholders, negotiate, encourage change, and run into difficulties, mistakes and successes from time to time. Rock reveals the mental “background” of each of these situations, describes the brain processes that led to a certain result (focusing on the most problematic situations) and, above all, shows us how they could have been handled differently, with more satisfactory results.

So we see Emily struggling with the challenge of prioritizing events, managing unforeseen situations, developing a project with creativity and proposing it in a convincing way to her stakeholders, difficulty managing a meeting with her collaborators, and deciding to change her children’s habits. At the same time, we follow Paul as he faces the fear of not being able to manage a complex project, tries to convince his clients of his ability to deliver, and manages a conflict with a supplier. We review many of our ineffective behaviours in these moments, understanding why we incur certain errors and identifying new, more effective behaviours.

The text is divided into four chapters (or “acts,” as if they were taking place on the scene), each devoted to a part of our protagonists’ day and a specific area of expertise. At the end of each chapter, a summary of the main points is provided, with operational ideas as a way to gradually apply the new modes of action suggested by Rock in one’s own daily activity.

It is obviously difficult and probably not very useful to summarize the contents of the various chapters, because of the focus on brain processes, which can not be “synthesized”, otherwise we lose completeness and accuracy. However, it is possible to highlight some basic themes, which are transversal to the book:

As you can see, the concepts described are not totally new, especially for those interested in neuroscience and leadership. The merit of this book, however, consists in providing a complete picture, and in correlating together elements that are generally addressed and studied separately (decision-making versus emotional intelligence, for example), exemplifying their deep connection and internal coherence. Another merit is certainly the clarity with which the concepts are exposed, with Rock’s ability to relate each element to understandable family situations, in which everyone can recognize themselves and find concrete ideas for their own improvement.

The only point on which it would have been interesting to have more depth is related to the development of awareness. Rock says that it is the basis from which to develop our mental faculties, but he devotes little space to how to become more aware: he mentions the practice of mindfulness, he suggests to devote every day to exercise attention even a little time but with constancy, but it is not much clear how to the neophyte reader. For this reason, I suggest, to those who are interested in deepening on the matter, to read the work of Jon Kabat Zinn and, with regard to the theme of mindfulness at work, the texts by Michael Chaskalson and Vibo Koole (you can find a review of the latter here).

Conclusion
In summary, I think “Your brain at work” is an interesting book for anyone who wants to make the most of their profoundly human capabilities, experiencing positive impact in their work but also in everyday life. Perhaps it does not propose brand-new concepts, but it connects them in a framework that makes them understandable and practically usable. Concepts density allows reading it at several levels and perhaps in several stages: you can face it “bird’s eye view” to get a general overview of how we work, or you can dwell on some parts, go back, deepen to go into detail of individual areas. So to identify what actions you want to try, and learn how to use your mental faculties more effectively, perhaps by choosing to experiment with one or two new behaviours at a time, and waiting to have them assimilated before moving on to the next section.