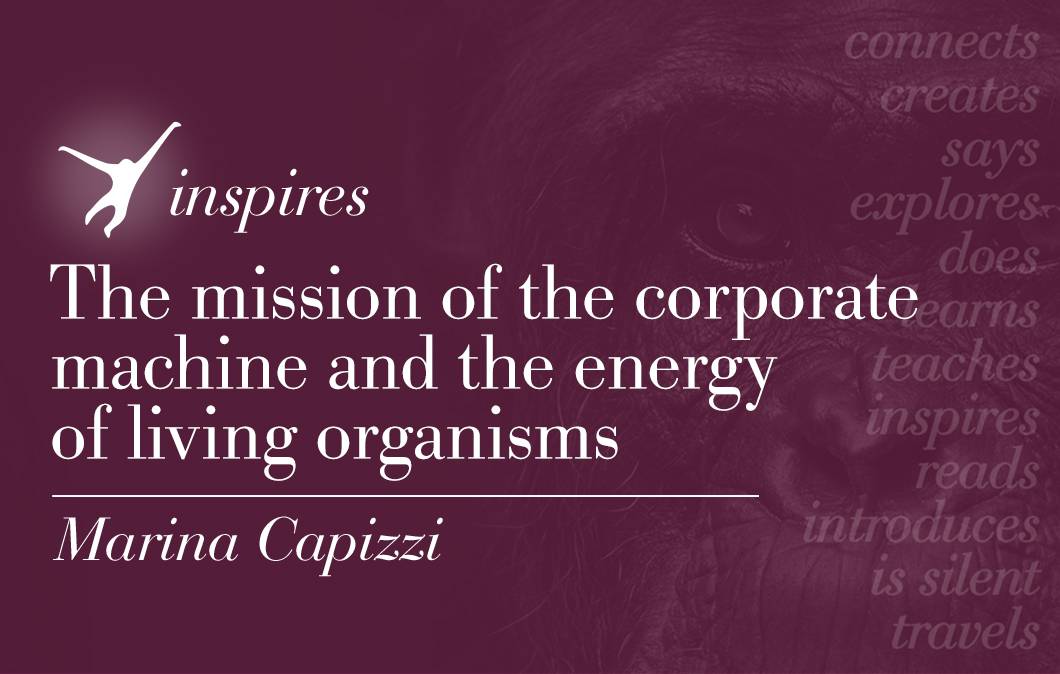 Laloux– taking a cue from Brian Robertson– observes in his book “Reinventing organisations” that if we tried to ride a bicycle in the same manner as we try to manage our companies today, it would look something like this:

And what if the bicycle were to fall? Well, we would immediately ask: whose fault is it? Then we would probably conclude that we have not analysed the course thoroughly enough and we would implement yet more checks to make things go as planned …

Does this seem crazy? Quite the contrary.

All these behaviours are perfectly consistent if we consider the organisation to be a machine. A perspective borne of the industrial revolution,  which we continue to use to look at the present and future. Just listen to our language: input / output, accelerate / brake, it works / it doesn’t work, transmission belts, etc. But the machine does not have inherent strength, it must necessarily be activated from the outside, and its direction decided by a forecast of what is to be done. Also, any variations in its functioning must be fine-tuned to anticipate risks and opportunities, verified through feasibility studies, translated into programs and relayed. And it must always be controlled from the center to detect any deviations from the program, in order to redirect it. This is why the core of the current managerial paradigm is based on predicting and controlling: this is the true objective behind all corporate management practices. Try to compare such an approach to the bicycle with what happens daily in your company …

Are there any alternatives to this wastage?

Frederic Laloux, amongst many other revolutionary concepts, shows us how to overcome this obsolete and very expensive vision to gain a much more evolved vision that can open up new approaches: we can begin to consider organisations as living organisms. How does the organisation appear in this new frame? An organism, as a living entity, has its own energy, and pursues its direction through continuous exchanges with the environment that allow it to constantly perceive variations, stimulating continuous readjustment. The living organism has its “dissonances” with its multiple sensors, and self-organises autonomously to overcome them. In this perspective, returning to ​​the bicycle metaphor, we would not define in advance how to ride it, but once we are in the saddle, we would introduce continuous micro-variations throughout the journey, depending on what we perceive. We would keep our eyes, ears and all other senses open to discovering, via a strong connection with reality, the most adequate and feasible response at every given moment. Instead of forecasting and controlling, our guidance system would be based on perceiving and responding. Herein lies the revolution.

Awful moment of doubt. Would this not mean that you no longer have a direction? And how on earth do you manage a company without looking forward?

Here’s where it gets exciting.

Teal companies (as Laloux names those companies that are managed like living beings) are equipped, like all organisms, with their own direction. Laloux calls it evolutionary purpose: the purpose of the organisation in the world, its why, its meaning.

Is this perhaps what is know as mission in the orange companies, as Laloux names those current companies that are managed similarly to machines? No.

If this sounds like science fiction, read Laloux’s book. Many companies are described, different from one another in terms of business, size and history, but that have been working according to  this model since years. The vast majority of them are prospering and have significantly increased their attractiveness.

Buurtzorg, for example, was founded in 2006 (by four people), and became the largest nursing organisation in the Netherlands (counting 8,000 employees in 2014 when Laloux’s book was published). The company’s core purpose is not to inject drugs or administer medication, but to help patients and their families to live as rich and autonomous a life as possible, avoiding costly institutional care until it is absolutely necessary. Over the years, in addition to an increased and enriched domestic support service, many other services were created stemming from the nurses’ very own initiatives: small homes for the elderly, residences to allow families to take a break and rest, hospices, etc.

You will learn about about Favi, a French foundry founded sixty years ago, counting 400 people, whose guiding principles are the ongoing search for customer care, trust in mankind and faith in innovation. For years the teams have been interacting directly with customers, co-designing products with them, and constantly implementing innovation.

You will be introduced to Patagonia, a clothing company counting 1,300 employees, whose evolutionary purpose is to create the best possible product by harnessing business to inspire and implement solutions for the environmental crisis. In addition to working with suppliers with a similar approach, the company also offers garment maintenance services, second-hand products, besides recycling raw materials for production.

There are many more. Going beyond their respective differences, in all the Teal organisations mentioned above, purpose is “incarnated” and alive, not only in the products and services, but also in the processes and in the people. Although Teal is not a recipe, there are recurring elements that connect these companies.

For example, they have all implemented self-organisation or self-management as their operational foundation, greatly increasing spaces of real empowerment precisely in those “points” where supply and demand meet: shops, branches, production centers, factories, online channel– all the front-ends. These “cells” of the organism, directly connected to the environment, have some parameters to comply with (profitability must be “no less than…”, labor cost must be “no higher than…”, and a few others) and are equipped with many levers that usually belong to the central structures, which have been lightened and turned into supporting resources. In short, to empower people to experience their purpose, these organisations have exposed people to business. An environment that allows one to “clean” one’s sensors and use them to perceive needs where they emerge, and provide adequate or feasible answers by activating all the individual and collective resources and levers available. (In “orange” companies, conversely, the few and furthest away from the business side of the organisation tell everyone else what to do, keeping the broadest portions of autonomy and resources under their control. Unfortunately, these faraway few are almost always busy in meetings, with their heads turned upwards, towards places much higher than where business actually occurs).

Above all, these Teal companies comprehend their purpose and communicate it clearly. Selection of people becomes a crucial process, based not only on skills and characteristics but also on mutual exploration to verify the intensity of the resonance. In alignment with this, customers and suppliers are also involved in the pursuit of the purpose. Customers are present during the co-design of products and services, suppliers are chosen not only according to price and quality but also on the basis of their resonance with the evolutionary purpose of the organisation. 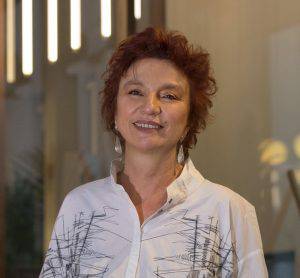 But if the evolutionary purpose of an organisation is not decided on the upper floors, and is something that exists in a space of resonance between external needs and internal vocations, how then can we understand it?

We’ll talk about this in an upcoming article.