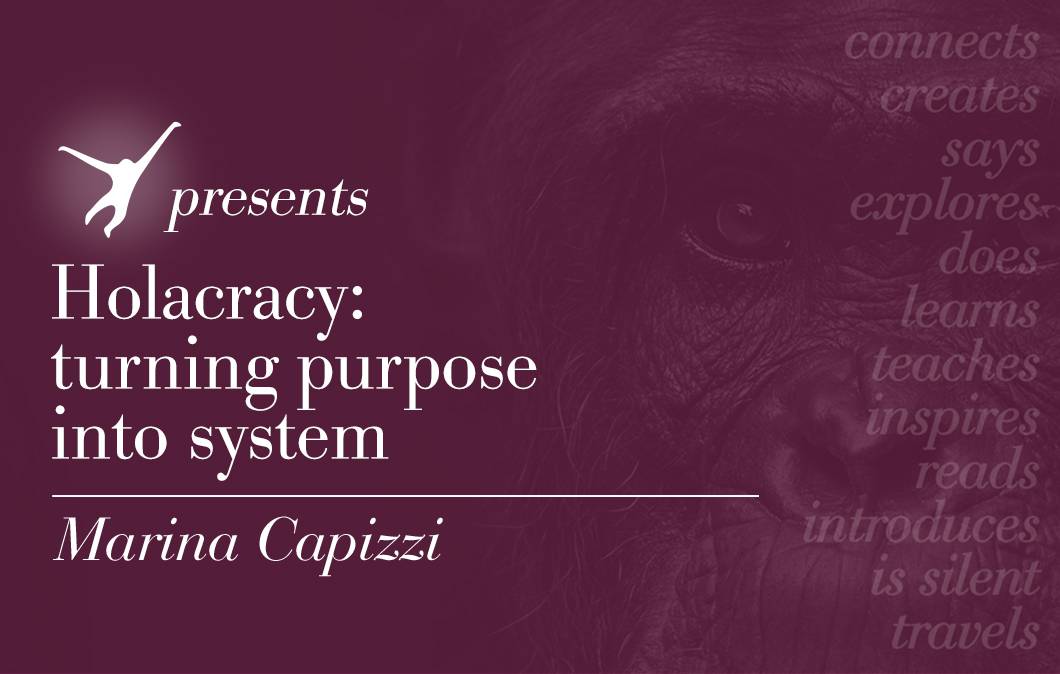 Companies are beginning to sense that the pyramidal structure no longer works, but they don’t yet know what the alternative might be. Meanwhile, models are being tested out and experience is being garnered. We continue our journey by entering the world of Holacracy, to-date the most structured approach that pursues this search for a new direction.

Holacracy is a governance process, born within the IT sphere, which simplifies organisations by promoting proactivity, responsibility and execution. From the organisational point of view everything is designed to obey a passphrase: “Get Things Done”. In this article we will examine the Holacracy model, summarising its logic and operating mechanisms. After looking at the theory, in the next article we will examine its practical applications, by directly approaching those who are experimenting with the model.

To understand this approach, let’s imagine rising up and above with our minds and then looking down into an organisation.
Viewed from above, every organisation appears as a living organism immersed in its environment. The latter undergoes constant change: and by change we are not necessarily meaning revolutions but often just small and ongoing changes. Every organisation, viewed as an organism, must constantly adapt to continue surviving. The pyramidal structure, however, makes it very difficult. This is why we are looking for alternatives.cBrian J. Robertson, the creator of Holacracy, claims to bring evolution into the whole organisation. That’s why there is no pyramidal structure. Power is distributed throughout the structure, which consists of self-governing circles.

Each organisation is therefore designed as a large circle (Primary Circle), which encompasses all the others which, in turn, contain sub-circles. Each Circle has a purpose, its raison d’être, bestowed upon it by the Upper Circle within which it is embedded. Each part is therefore a self-contained whole, but at the same time also part of a greater whole (holacracy stems from the Greek hólos, meaning ‘the whole’, and -kratía derives from krátos, meaning ‘power’). Each Circle can autonomously decide to split up into other sub-roles in order to fulfill its purpose.

But what is the “cell”, the minimum unit, of such an organisation that makes it capable of evolving?
Surprise, surprise.
The “cell” of this living organism isn’t a living being, it’s not a person. The “cell” is a Role.
In Holacracy, a Role means an organisational entity, endowed with a purpose that links back to that of the Organisation. In other words, a Role will exist only insofar as it contributes to accomplishing the Organisation’s purpose, i.e. the source of its vital force because the former nourishes the latter with its very own capacity to respond to the needs of the environment (ref. “Aziende che si muovono di forza propria”, L’IMPRESA issue n.11- 2017). 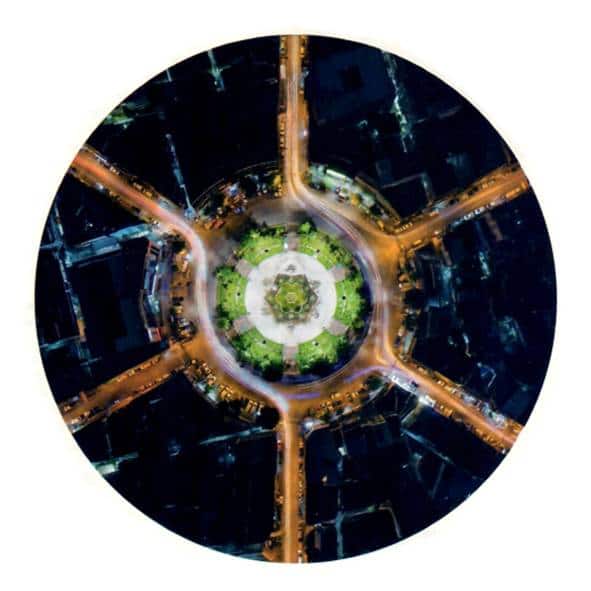 In Holacracy each Role is a “small business” unto itself, designed to promote the achievement of its calling. This is why the Role is endowed with one or more Domains, which include everything that the Role can manage and govern as though it were its own exclusive property, and is assigned one or several Responsibilities, which are the ongoing activities that the Role takes charge of. All on behalf of the Organisation. In short: a Role arises only if a given circumstance requires a specific safeguard necessary to achieve the purpose of the company, and since that particular role was born of the need to oversee those specific problems and opportunities, it must have complete and utmost freedom within its own Domain. No single person can force upon another to do– or not do– what they want. Power is not distributed to people, but to Roles. And this is made very explicit.
In Holacracy, the key lies in structuring and strictly respecting the process. “It is not a process of governance ‘of the people, by the people, for the people’– it’s governance of the organisation, through the people, for the purpose”. To allow for actual agility, autonomy and initiative, the context is “bolted” with rules that everyone must adhere to.
And what function do the people carry out in this model?
People are strictly separated from roles. No one is their “job title”, no one can leverage their role to command others because, whomever covers one or more roles is simply a Partner of the Organisation, who is at that moment creating organisational entities that will exist regardless of him or her. 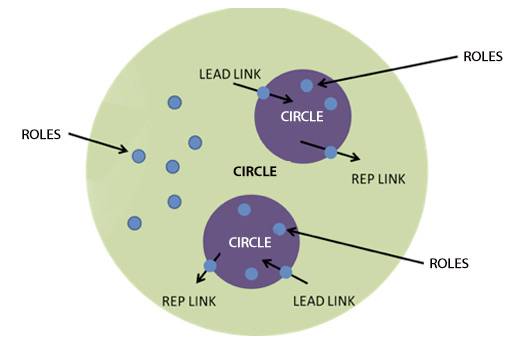 In this organisational model, people are therefore the means through which the Roles come to life, because all the Partners will put at the service of the Organisation their most valuable capacity of all: the capacity to perceive the tension between what is, and what could be, with respect to the purpose. It will be positive tension if it’s an opportunity, negative tension if it’s a threat.
In fact, if you operate in a holacratic organisation, you have the authority to perform any next action you consider reasonably useful to implement the purpose and fulfill the responsibilities of your Role: among these, the first is to resolve the tensions that emerge within your Domain. Nobody will check on you, or tell you what to do. You only have the duty to behave transparently towards the members of your Circle regarding projects, actions, priorities. Every decision can be modified, every solution can be improved upon or changed, in an ongoing process of perception-action-evaluation-learning. This is what brings evolution into the organisation.
Practically speaking, you need to continually pick up on the gaps that separate the current existing reality from how things could be, and set out to solve them, instead of developing plans that are just a hypothesis of how things might unfold. Creating a plan, in Holacracy, is not only a waste of time but also a loss of control. Because it means dedicating oneself to something that no human being can do: predict the future. When planning, you always run the risk of anchoring yourself to your plans and losing your connection with reality. For this reason Holacracy forces you to constantly train your ability to perceive and respond in the present moment to solve tensions.

What happens when you have operational needs that can only be met by others, or when you perceive tensions that require a change in your Role, what is the procedure?
That’s the point where the authorities and mechanisms made available by the Constitution are used.
Indeed, there is a Constitution in Holacracy, and a very articulate one for that matter, where all the rules of the game are laid out.
Each member of a Circle may ask for operational tensions to be addressed, or request changes in governance to help them better accomplish the purpose and responsibilities of their role. In fact, the Constitution allows each Circle to modify, establish or remove roles and policies within the Circle itself. This happens very frequently. Any proposed change of governance is always considered valid if it helps the Circle as a whole to carry out its purpose. A note of caution, however: when the Circle attributes or modifies a Domain under one of its Roles, it loses all power over the former. Except where authority to modify or eliminate such proxy is expressly maintained.

Are there any bosses?
No. We observed earlier that authority is distributed throughout the organisation and the rules of the game are entrusted to the Constitution. Each Circle, however, has a Lead Link and a Rep Link.
The Lead Link, designated by the Lead Link of the Upper Circle, embodies the purpose of the entire Circle, assigns people to Roles within the Circle, provides feedback to improve the expression of the Role, reassigns another person to the Role if doing so results in a better interpretation, allocates the resources of the Circle to various projects and roles, establishes the priorities and strategies of the Circle, defines the indicators. The Rep Link’s purpose is to bring to the Upper Circle all the tensions detected in the Lower Circle where, due to relevance, they cannot be resolved, providing the Upper Circle with insight into the Lower Circle.

There are two fundamental processes, codified by the Constitution, which allow the organism to continuously evolve:
– the Governance process, which allows one to work constantly on the organisation by defining, modifying and removing roles and policies within it;
– the Operational process, which allows one to face and overcome tensions as soon as they are perceived, to prevent limiting the effectiveness and efficiency of the different Roles within the Circle (Get Things Done).

In this model it is essential to not confuse governance issues with operational ones. For this reason, both processes have frequent, dedicated and strictly separate meetings, the running of which is structured in such a way as to abolish discussion and codify methods of contribution, proposal, objection and decision. The processes of the two meetings are designed to increase clarity, usefulness and “closure” of what is being addressed.
An elected Facilitator guides the meetings by focusing only on processes and not on people or results. His or her task is to ensure that the rules of the game laid out in the Constitution are respected in order to guarantee spaces of freedom for all.

This is what we can see when looking at a holacratic organisation from the outside.

The intention of its creator, Brian J. Robertson, is very ambitious.
Assuming that evolution is a “research algorithm”, Robertson wants to bring the latter into the organisation through a process of “trial and error”, such as occurs in nature:

In Holacracy, no person or group sits at a desk to design the organisation because, as Robertson claims, “evolution is much smarter than we are”.

In the next article we will follow the backstage experience of a company that has decided to abandon the pyramidal model to embark upon this new path, and listen to those who are living the experience firsthand.

In the next article we will follow the backstage experience of a company that has decided to abandon the pyramidal model to embark upon this new path, and listen to those who are living the experience firsthand.

1 “to bring the evolution inside”, Brian J. Robertson, HOLACRACY, Henry Holt and Company, New York, p.139
2 Ibid.
3  “The reason I call Holacracy ‘evolutionary’ is that it brings this algorithm into an organization, through these same four elements”, p. 140, see note 1 above
4 Ibid. 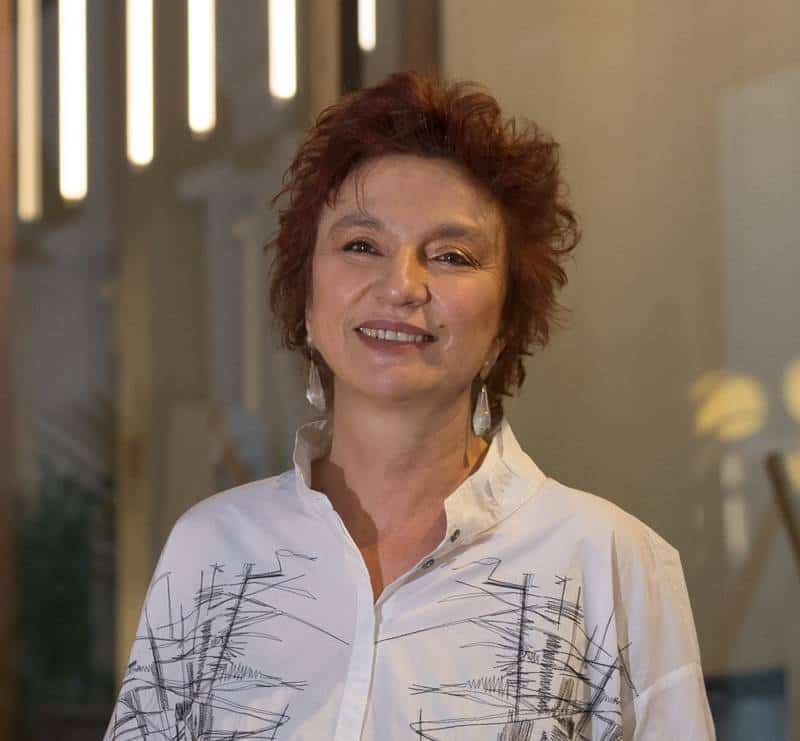